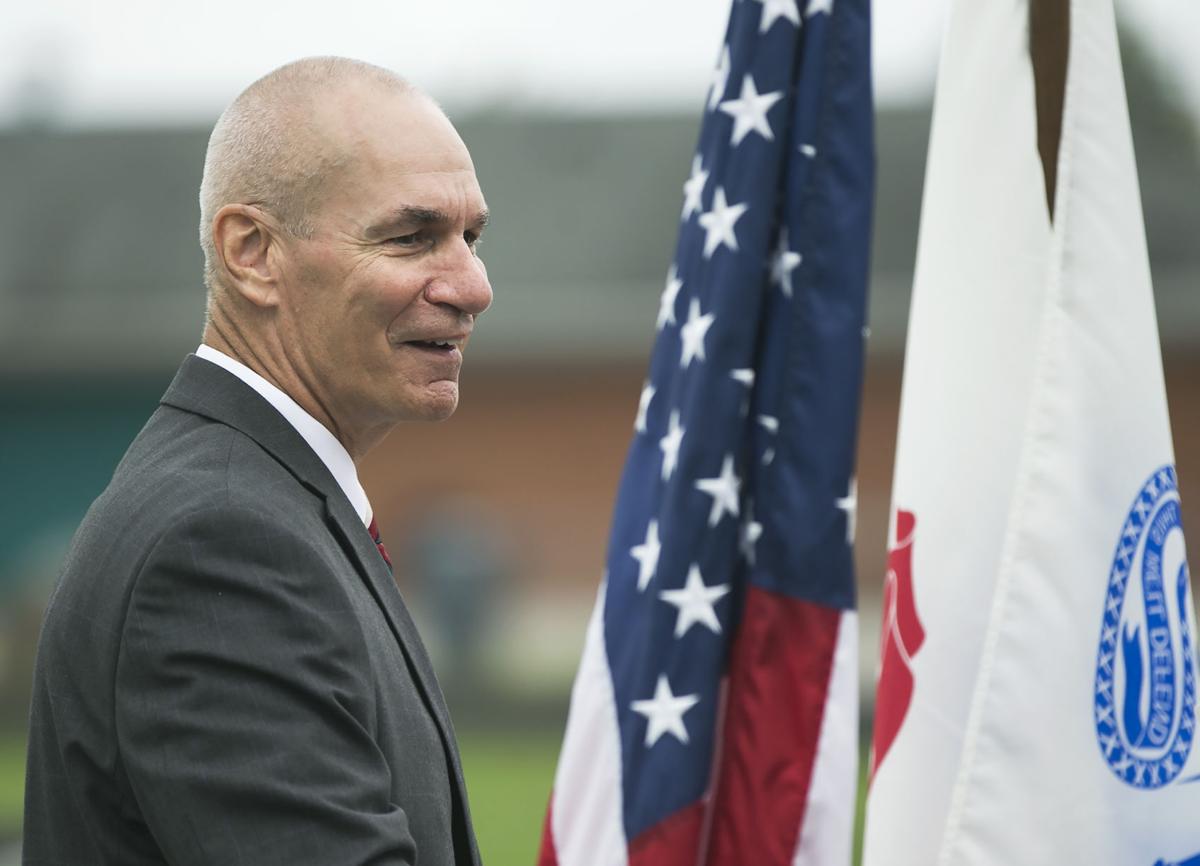 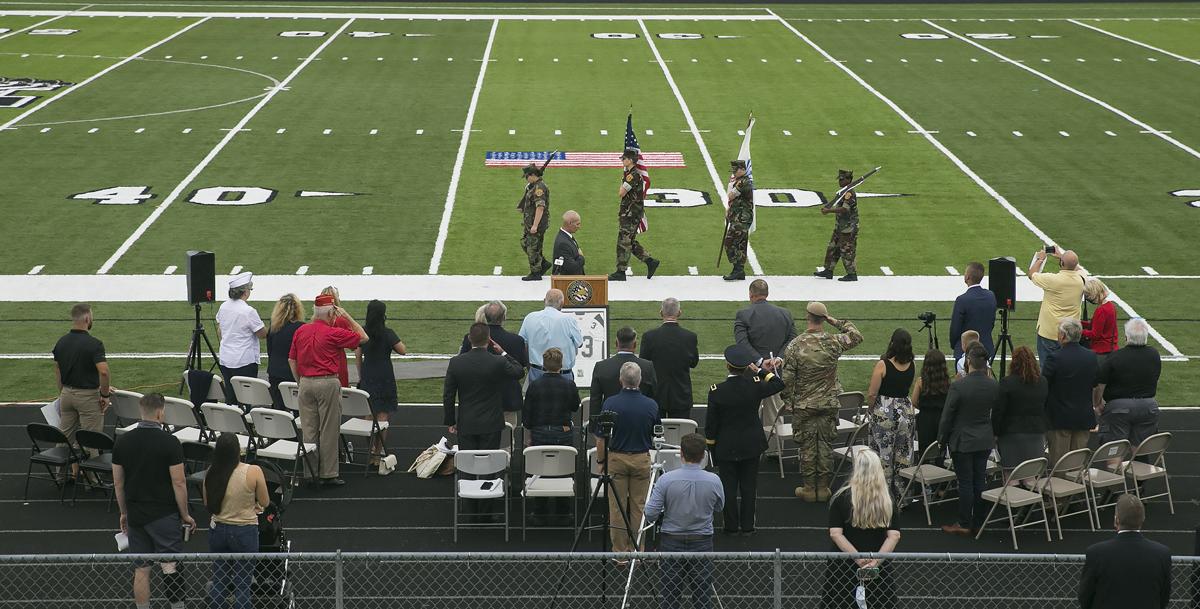 Colors are presented on the 33-yard-line of the Massaponax High School football field during a ceremony dedicating the Guinea Station Road I-95 overpass to Cpl. Ryan C. McGhee on Friday, Sept. 11, 2020. McGhee wore number 33 while he played for the Panthers. 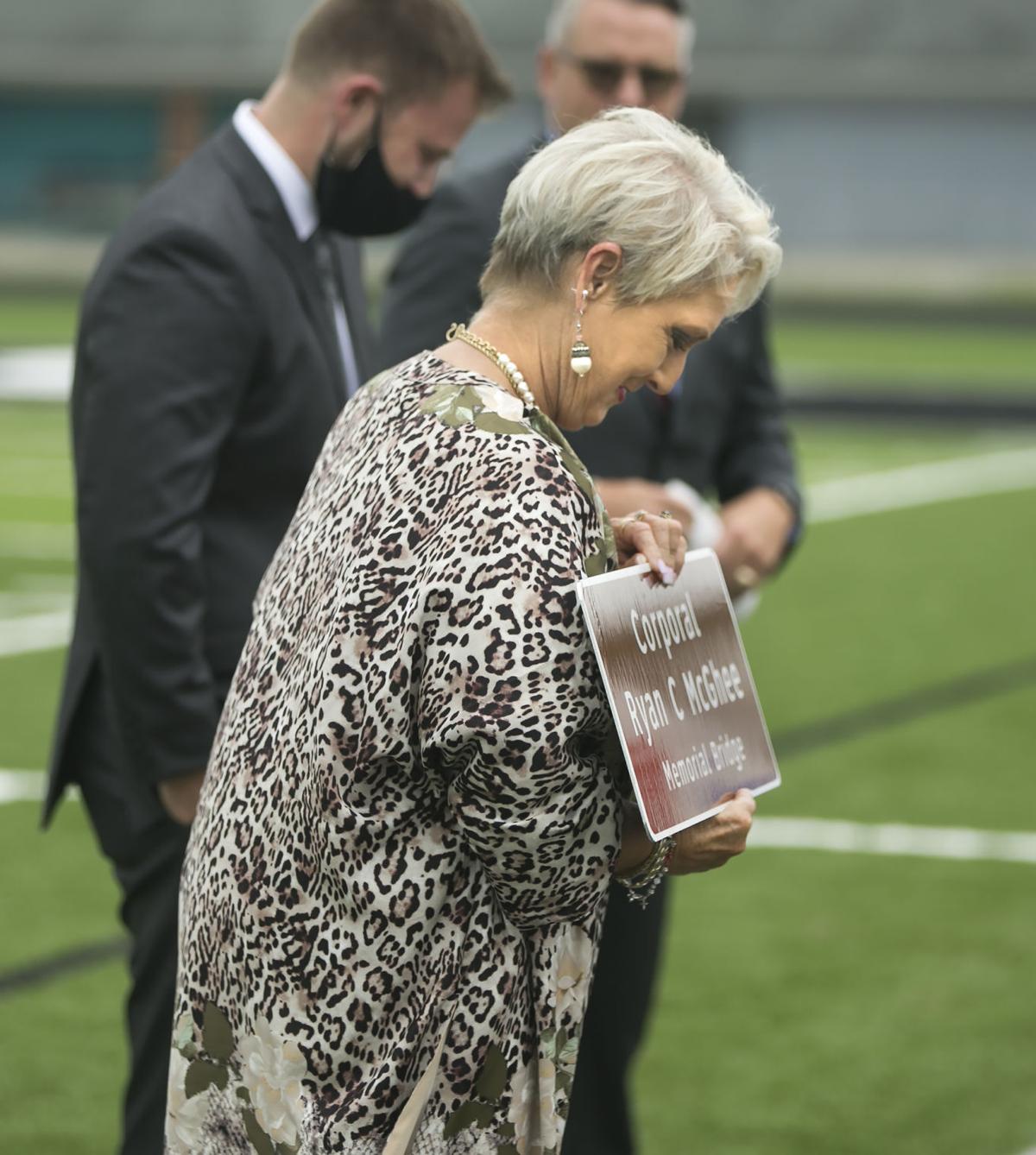 The lights over the Massaponax High School football field glared bright white against the gray sky as a crowd of about three dozen gathered Friday morning near the 33 yard line, where an American flag has been stitched into the new synthetic turf.

Although no game was being played the scoreboard read: Panthers 33, Guests 33, Time 33:33.

The group showed up for a dedication to name the Guinea Road bridge after Cpl. Ryan McGhee, who wore No. 33 as a football player at Massaponax High School and who later died while fighting in Iraq as a U.S. Army Ranger. McGhee had already served three tours in Afghanistan before being killed while on his fourth deployment in Balad, Iraq, on May 13, 2009.

The 21-year-old was a combat operator with the 3rd Battalion, 75th Ranger Regiment out of Fort Benning, Ga., and earned a Bronze Star and Purple Heart. McGhee was part of a team hunting a weapons provider and suicide-bombing cell when he was killed.

After his death, hundreds attended a memorial at the school.

On Friday, 19 years after the Sept. 11, 2001, terrorists attacks, family, friends, former coaches, military veterans and elected officials gathered to celebrate McGhee and dedicate the bridge in his honor.

The Interstate 95 overpass is near the school, but the dedication was held where McGhee first made a name for himself and left a lasting impression. The flag in the turf also was done in honor of McGhee.

The RetroBeat: Watch the first trailer for the Console Wars documentary

The RetroBeat: Watch the first trailer for the Console Wars documentary